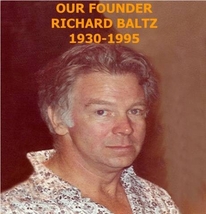 The Sacramento Turn Verein Alpentänzer Schuhplattler (Alpentänzer) was founded in the early 1970's by Richard Baltz, an international folk dance teacher at American River College in Sacramento. In 1978, due to declining health, Mr. Baltz relinquished his position as director to Gary Schultz, who subsequently directed the group's activities until 2011. Frank Wilgus has served the Alpentänzer as their President for many years after that, and Lila Wallrich is currently serving as the organization's President. The artistic leadership team consists of Ethan Sprock as Dance Leader (Vorplattler), Markus Geissler as Artistic Director, and Jennifer Wilbanks as Band Leader (Kapellmeister).

Over the years, numerous Austrian and Bavarian dance instructors have come to Sacramento to conduct dance workshops on folk dances of the Alpine regions. More recently, we have benefited from our partnerships with the BHTV Golden Gate and the Gauverband Nordamerika to expand our dance repertoire.

In 1984 live music was added to the group with the formation of the Alpentanzkapelle (ATK). While the ATK was initially two accordion players, today the group consists of a ten-piece band featuring accordions, clarinet, trumpet, baritone, bass, tuba, drums, and a sound technician. The ATK accompanies the dance group at all exhibitions. 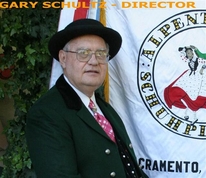 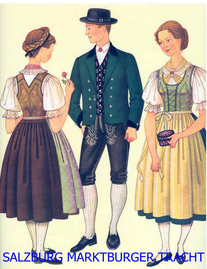 The Alpentänzer is also a member organization of the American Federation of German Folk Dance Groups.

Presently the Alpentänzer have about 40 active dancers and band members. Another half dozen or so individuals participate in group activities but are not performing members. The group annually performs at about 15 events in the Greater Sacramento, San Francisco Bay Area, and Lake Tahoe regions. Because the majority of the dances we perform originated in Tirol, the Steiermark, and Salzburg, the Alpentänzer are identified primarily as an Austrian folk dance group.